Ulster Rugby is a professional rugby team based in Belfast, which competes in the Guinness PRO14 and European Rugby Champions Cup. The team plays at the 17,700 capacity Kingspan Stadium, with an average attendance of approximately 16,000, including 10,000 Season Ticket holders.

As with all professional sports teams, they operate in a fast-paced environment. The Communications Team, which has responsibility for the delivery of all communications including the marketing of matches and Season Tickets, media relations, fan engagement (online and in-stadium), sponsorship activation, brand management and crisis communications, had just three staff members.

To operate in a more efficient way, the club employed an in-house videographer and graphic designer to give them more agility and to maximise opportunities to engage with its audience. This has had massive benefits, as outlined below.

For Ulster Rugby, its social media channels are central to its online engagement.

The club’s content strategy delivers unique, varying and engaging content for all of its online channels. Increasingly, platforms are used in different ways and they have adapted their content strategy to reflect that. 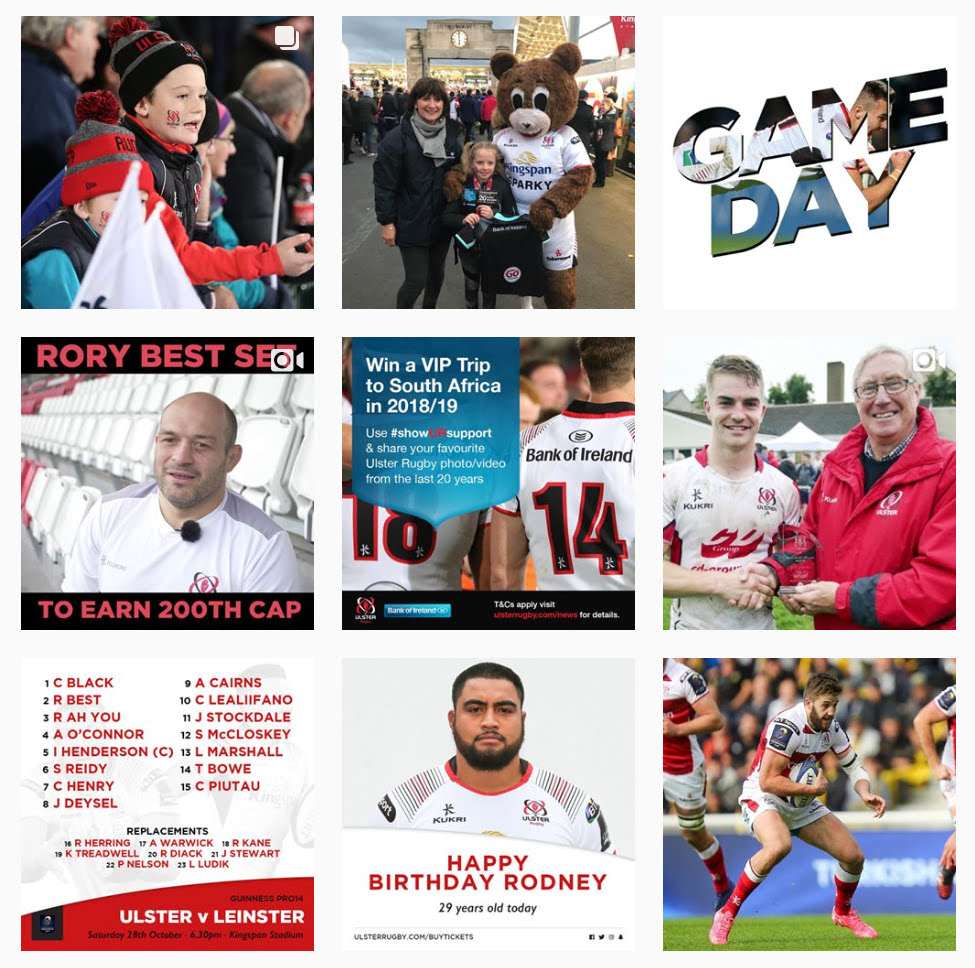 The playing group has been successfully engaged, regularly taking the reins of the official Instagram, Twitter and Snapchat accounts, bringing supporters closer to their heroes and giving them an insight into what happens on a daily basis.

The above has led to a 17% annual increase in social media followers over the past two years, meaning Ulster Rugby now has the third highest digital audience of rugby union clubs in the UK and Ireland. Ulster Rugby also performs well in terms of engagement figures across all social media platforms, and currently has the most engaged Facebook audience of any club rugby team in Europe. 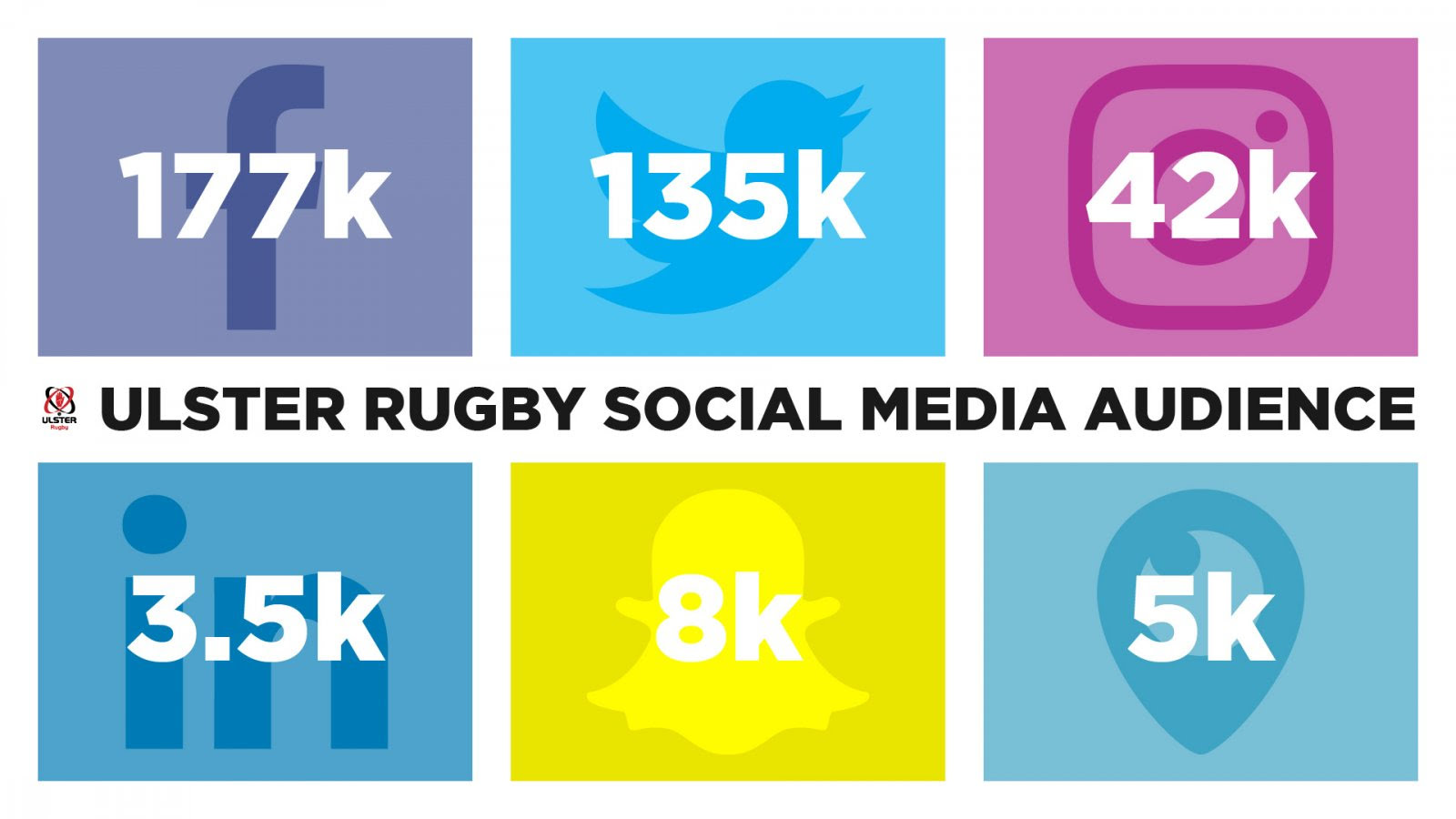 This use of social media, coupled with targeted pay-per-click advertising campaigns, has been vital in attracting a new supporter base. Ulster Rugby has had the highest average attendance in the Guinness PRO12/PRO14 for the past two seasons (almost 16,000).

As video content represents around 80% of all internet traffic, Ulster Rugby, like many clubs, places a large emphasis on this to ensure that it is producing enough quality content to meet demand.

Over the past two years, its YouTube subscription base has increased by over 200% and video views have increased by 300% on the same platform.

Generally speaking, Ulster Rugby has shifted the focus from match-specific interview videos and have instead aimed their resources at producing personality-based content involving the players, either behind-the-scenes within the Ulster Rugby environment, or in community participating in some of our engagement initiatives.

A great example of this is the recent sit-down interview with Australian international Christian Lealiifano, which covers everything from his early childhood to his successful battle with leukemia in recent times.

The exclusive behind-the-scenes training content has also gone down well among the Ulster faithful, and rugby fans in general. The Ulster Rugby ‘Uncut’ docu-series is a prime example of this.

Ulster Rugby has a superb portfolio of sponsors who see the value of online engagement and want to add value to their digital offering. A great example is Bank of Ireland, who helped them broadcast a pre-season friendly fixture live on Facebook.

In order to meet the changing needs of users, Ulster Rugby collaborated with radio partner Q Radio to extend its digital offering to include a podcast series, which features in-depth interviews with players on a range of topics.

Geoff runs his own Sports Consultancy, working with clients such as FIFA, UEFA and FIBA across the world. He is also on the board of Tourism Northern Ireland. You can follow Geoff on twitter @geoffwnjwilson or connect on Linkedin atlinkedin.com/in/geoffwnjwilson
Drop me an email to geoff@geoffwilsonconsultancy.com if you would like your sports club or Federation profiled in the up and coming months.