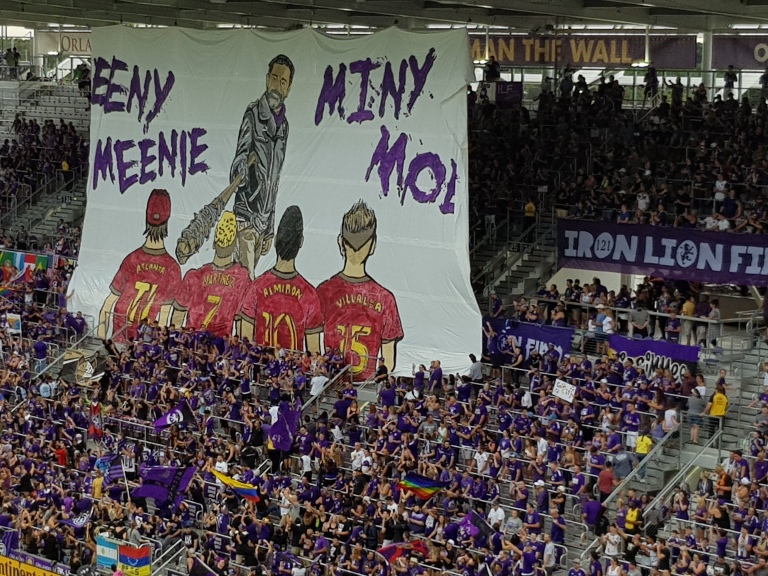 Last month I had the privilege of attending a #MLS game at Orlando Soccer City’s new stadium.

The stadium was only opened in 2017 and is situated in down town Orlando approximately 45 minutes from Disney World.

So what impressed me and what areas of improvement could be adopted by the club?

#Impressed
1. The fan zone. Great atmosphere in the fan zone ahead of the game. Sponsors involved in the fan zone at the stadium and doing lots of data collection There could have been more interactive games for the fans but in general the fans zone was good with a real buzz pre the game.
2. Communication by the club pre the game. Following the purchase of my tickets, I was sent an email by the club to download the app. In addition, I received an email the day before the game which was full of helpful advice and information.
Finally there was good interaction and content on social media channels between the club and fans in the build up to the game.
3. App. The Orlando City FC App is really good, full of content and other functions such as ordering food in the stadium, live streaming, purchasing and managing your tickets etc.
4. Branding. The branding in and around the stadium as well as online was very strong. All fans wore purple to the game which helped with the atmosphere. The marketing activity inside the venue was supported by branding on the streets as you approached the stadium.
5. Tickets easy to purchase. The tickets were purchased through their partner, ticket master. The process was slick and quick. The beauty about their ticketing platform is that it is linked to their app allowing for ticketless ticketing. I was impressed with how well this worked to gain access to the stadium.
6. Wi-Fi in the stadium was reliable and fast, even with 25,000 spectators at the venue!
7. The merchandising outlets in the stadium were simple but effective. The merchandising set up gives the marketing team the flexibility to move the outlets around the stadium as well as reduce or increase the sales capacity. Even though there was no main club shop, I did like the way they dealt with merchandising throughout the stadium.
8. The quality of the food and drink was good and served quickly at half time.
9. Good atmosphere generated by the fans. Noisy fans were together behind one of the goals and sung throughout the match. Flags and drums added to the fabulous atmosphere generated by the fans.
10. Nice modern stadium which was easy to get in and out of during the match.

Areas for improvement
1. The overall entertainment inside the stadium was limited which I was surprised at given the entertainment factor normally associated with American sports. As a football purest, I don’t want the entertainment to take over from the football but I think the club is missing a trick in terms of fans engagement pre game and at half time.
2. Long queues for the toilet at half time. The club need to find a way to reduce the queues!
3. Better parking. Without doubt the biggest issue I had was the parking available around the stadium. While I was able to get parked, it took me 1 hour 20 mins to get out of the car park after the game. This is definitely something which the club and city need to look into as a matter of urgency.
4. I felt there was a need for more interactive games in the fan zone.
5. Mascot programme – I didn’t see a mascot while at the stadium and maybe a mascot could be used to good effect before the game and during half time.
6. As Orlando is a tourist attraction, I think there is a need for a welcome area for international fans or tourists who attend a game.

This is my second #MLS game in the last 2 years and it certainly won’t be my last.

Geoff runs his own Sports Consultancy, working with clients such as FIFA, UEFA and FIBA across the world. He is also on the board of Tourism Northern Ireland. You can follow Geoff on twitter @geoffwnjwilson or connect on Linkedin at linkedin.com/in/geoffwnjwilson 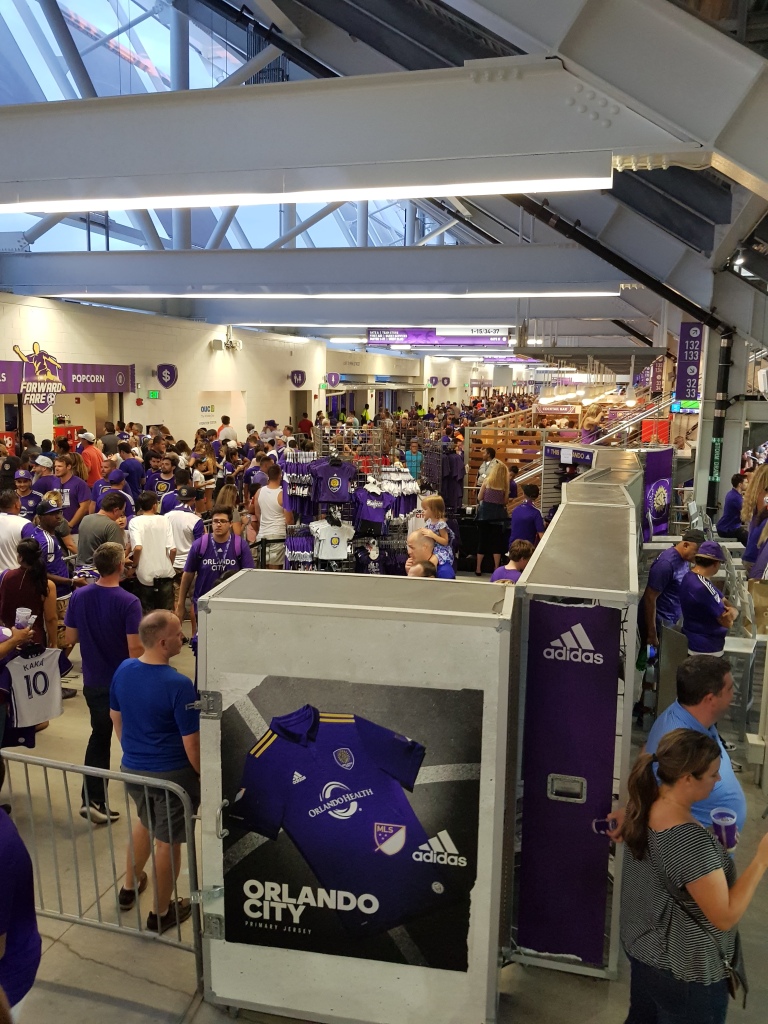